Going East: was the Shift in Volume Shipbuilding Capacity from Britain and Continental Europe to the Far East and Elsewhere during the Latter Half of the Twentieth-Century Inevitable? 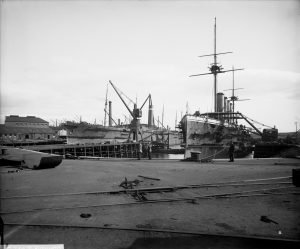 British shipbuilding had by the early twentieth century risen to world dominance as a result of the economic advantages of cluster development. The close ties established between yards and their suppliers through proximate locations produced economic effectiveness. Fatal flaws emerged in the latter twentieth century, in the form of labour problems, congestion costs and managerial inertia. The benefits of clusters disintegrated and precipitated the decline of British shipbuilders, followed by European yards, in favour of large yards located in the Far East with scant regard for cluster considerations, but enjoying more competitive labour costs that could be exploited through the standardisation of process technology.