The Society for Nautical Research has played a significant role in the preservation of a number of historic ships. Saving HMS Victory in 1922 was its greatest achievement and it has also played an important part in saving several other vessels.

The Society for Nautical Research has always taken a keen interest in nautical archaeology. In the early 1970s, just after the Mary Rose had been identified, the society funded a number of the early investigations that ultimately led to the raising of

the ship and her display in Portsmouth.

The Mary Rose was built between 1509 and 1511 and is the only 16th century warship on display anywhere in the world. After a long career in Henry VIII’s wars with France, she sank, apparently accidentally, during an engagement with the French fleet in the Solent in 1545. Her rediscovery and raising were seminal events in the history of nautical archaeology.  Visit the Mary Rose website.

The SS Great Britain Fund was established at the Society for Nautical Research’s AGM in 1968. The society promoted the project to return Isambard Kingdom Brunel’s Great Britain from the Falkland Islands to Bristol and acted as the initial fund holder until a separate trust for her restoration was established. 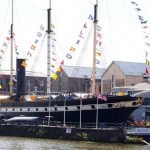 SS Great Britain was built in 1843 and was the first ocean-going vessel built of iron. It was wrecked on the Falkland Islands and in 1970 it was returned to Bristol where it can now be seen in its fully restored glory.

During the early part of the twentieth century Geoffrey Wheatly Cobb acquired two ex naval vessels, HMS Trincomalee (which he re-named Foudroyant) and HMS Implacable to use as a sail training school. He was a founder member of the Society for Nautical Research and on his death in 1932 the ships were transferred to the society.

It funded restoration work and continued to operate them as youth training ships with a view to long-term preservation, but they were requisitioned in the Second World War. Implacable deteriorated into an unsafe condition and was scuttled in 1949. Her figurehead and stern gallery were rescued and are now displayed at the National Maritime Museum. Trincomalee survived and was eventually restored to her current splendid condition at Hartlepool.

Read more about her on the HMS Trincomalee website.

Honor Frost was an early pioneer in the field of underwater archaeology and a longstanding member of Council of the Society for Nautical Research. In 1972 the society funded her expedition to excavate a third-century BC warship discovered off the coast of Sicily. It was raised and can now be seen at the Regional Archaeological Museum Baglio Anselmi of Marsala in Sicily. 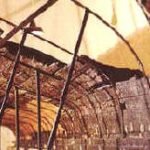 The vessel is an oared longship known as a liburnian, built in Carthage, which sunk at the end of the First Punic War in 241 BC. It was almost new when it sank and has provided valuable evidence of naval architecture at the time. It is the earliest warship known from archaeological evidence.

Read a description of the ship by the director of the excavation, Honor Frost here.

In 1934 the Society for Nautical Research established a sub-committee to record the diverse range of coastal craft that were fast disappearing from UK waters. Several members took up the challenge and created an archive of over 160 plans that covers most regions, including the West Country, south-east England, Scotland, Wales and the Isle of Man. The vessels themselves could not be saved, but the plans are preserved in the archives of the National Maritime Museum and provide a valuable record of the regional diversity of coastal shipping that would have otherwise been lost. The sub-committee’s work led to the publication of several important books and articles in The Mariner’s Mirror.