By Nick Hewitt, published May 2008 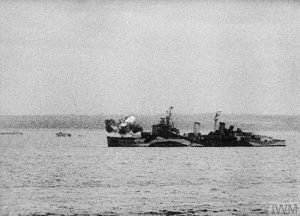 HMS Belfast formed part of the Naval Task Force supporting the Allied invasion of Normandy in June 1944 during Operation Overlord. With only short breaks, she bombarded the French coast near Caen for a total of 33 days. Logs and diaries written by members of the crew provide an insight into the operation.Primary sources have been collected which give first hand accounts of the preparation for and implementation of Operation Neptune, from those both on HMS Belfast and other ships. These sources have been used to tell both the military actions and personal feelings of this operation.