A cow, lying down 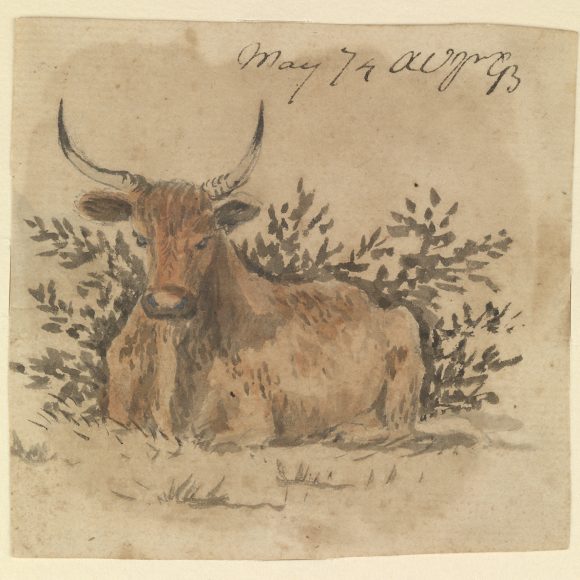 The painting shows a heavily decorated Dutch Admiralty yacht, towing a ship’s boat viewed from the starboard quarter. Yachts like these were used by members of executive boards of the Admiralty, the United East India Company, the States General and the governments of the maritime provinces. They would have included spacious living quarters and a […] Read More 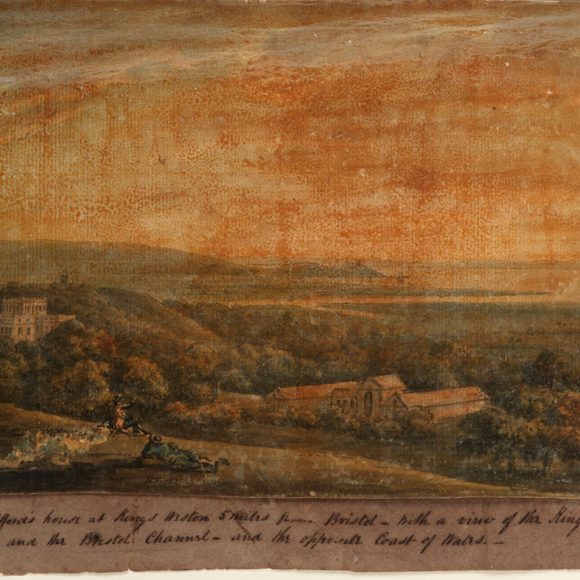 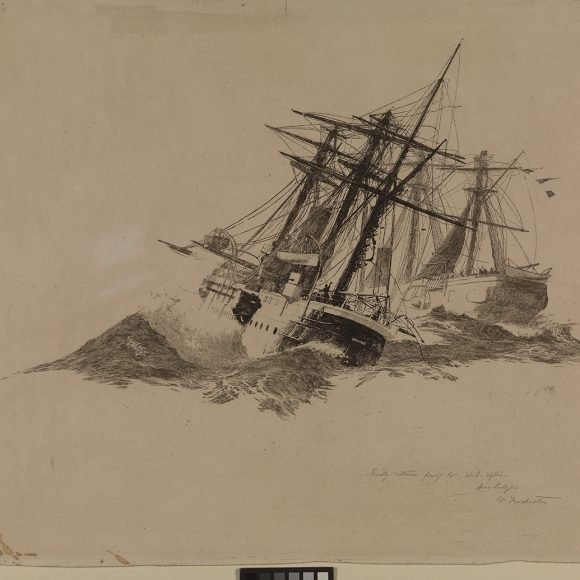 HMS Calliope, launched in 1884, was a Calypso-Class Corvette and became one of the most famous ships of the Royal Navy in the last quarter of the nineteenth century when she was the only vessel, of a mixed fleet of thirteen British, American and German vessels, to survive a tropical hurricane which struck Samoa in […] Read More 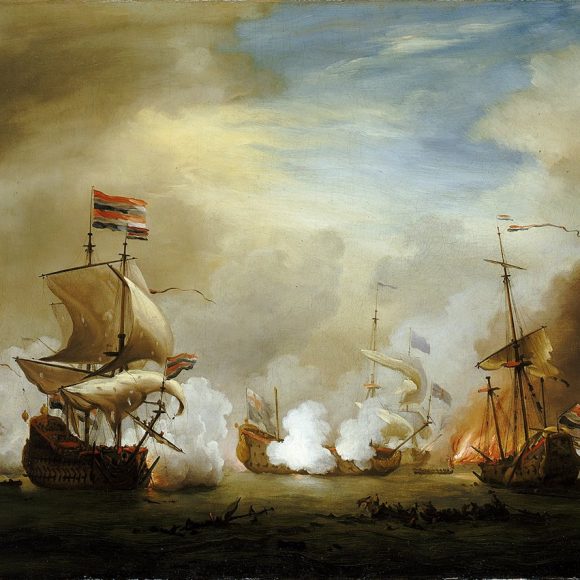 This painting of the Battle of the Texel (1673) was made by Willem van Der Velde the Younger, an extremely gifted painter of maritime scenes (1633-1707) and the son of Willem Van Der Velde (1610-1693). The battle was a hard-fought draw between the Dutch on one side and the English and French as allies on […] Read More

This is just one of seventy-three sketches by Gabriel Bray that were preserved in an album and purchased for the National Maritime Museum by the Society for Nautical Research’s MacPherson Fund in 1991. The image depicts a horse  – probably a riding horse from the docked tail – grazing and is signed ‘May 74 AVprGB’ […] Read More

A print of New York by William Lionel Wyllie. We know that Wyllie visited New York on the maiden voyage of the White Star Line’s Majestic, which left Liverpool for New York on 2 April 1890. This was at a time of vigorous competition fo the ‘Blue Riband’ – The Majestic did not win it on her […] Read More

The clipper ship Electric is shown sailing on the port tack in a brisk breeze and on choppy seas. The small vessel in the foreground is a New York pilot boat, flying a distinctive ‘P’ flag. The flag flown by the Electric is particularly interesting, being an early form of the flag of the United […] Read More

The Goulden Leeuw Engaging the Royal Prince at the Battle of the Texel, 11 August 1673 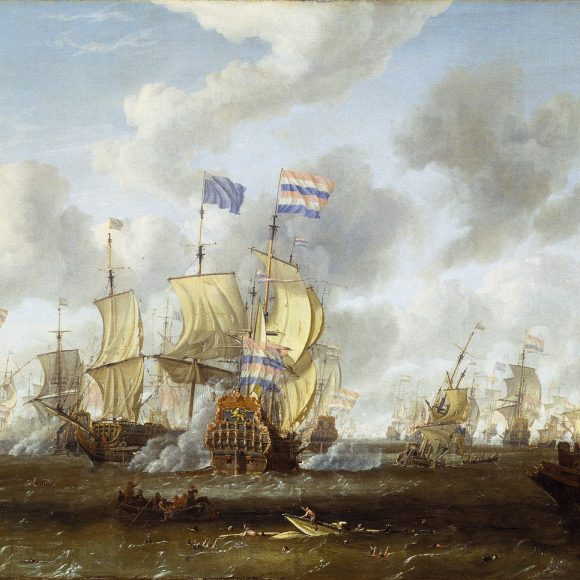 This image shows an important moment in the Battle of the Texel, fought on 11 August 1673 between the Dutch on one side and the English and French as allies on the other. The Allies sought to lure the Dutch away from their coast, defeat them and subsequently launch an invasion. As was usual in […] Read More