This vibrant depiction of a two-masted vessel in a rough sea, shows the craft caught in a narrow channel between rocks and a towering crag. Other shipping can be seen to the left and land to the right in the distance. A group of figures huddle together around a fire and two more stand on the cliff gesturing at the vessel. Cliffs tower above them, exaggerated in their size, perhaps a metaphor of humanity’s struggle against the power of nature.

The painting is signed ‘IP’ on the rocks at the lower left, for Julius Porcellis. The Society has helped to purchase other works by Julius Porcellis for the collections of the National Maritime Museum, including ‘Mussel Fishing’ and ‘Mussel Fishing II’. Although Julius’s father, Jan Porcellis, also an artist, was widely considered to be the superior painter, the two are often indistinguishable. Julius Porcellis was born in Rotterdam in 1609 and died in Leiden in 1654. Little is known about his life.

For a general discussion of seafarers in the Netherlands in this period, Seamen’s Employment in the Netherlands c1600 – c1800 examines the employment of seamen of different ranks engaged in merchant shipping, whaling, fishing, East India shipping and the navy from 1600-1800 sailing from the Netherlands to destinations around the world, including the Baltic and the Indian Ocean. The changes in numbers of men recruited from different regions within the Netherlands and foreign recruits into each employment category are given over the time period under consideration with possible reasons for these changes. 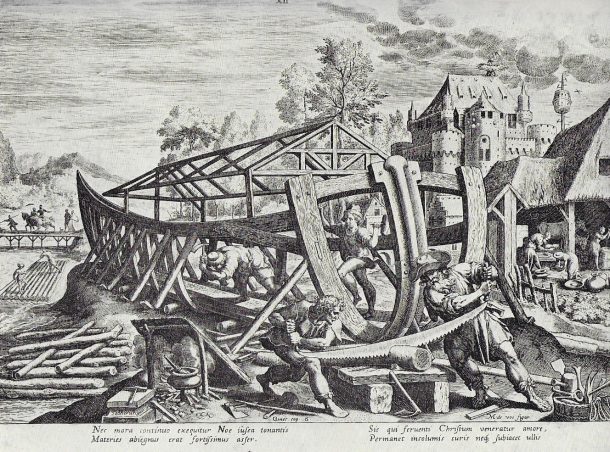 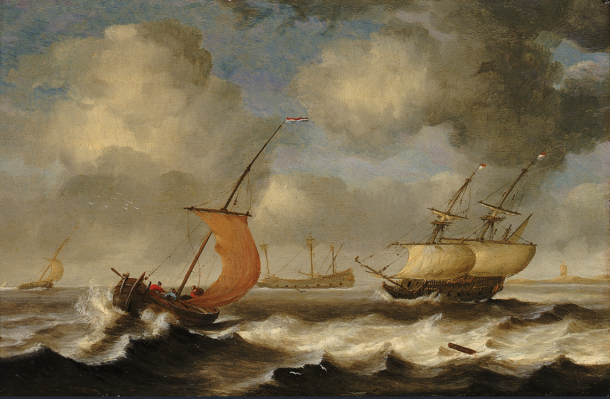