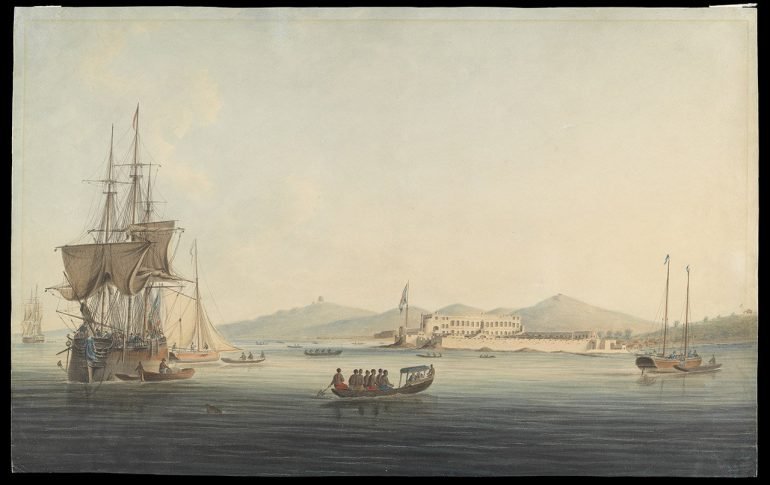 A drawing of Christianborg Castle in West Africa, attributed to three artists, J. Barrow, John Hill, and G. Webster. Christianborg Castle is otherwise known as Osu Castle, situated on a promontory in Accra, Ghana. The area was first colonised by the Portuguese in the mid-sixteenth century before passing to the control of Sweden in 1650. Control then switched from the Netherlands to Denmark-Norway. The fort was originally used as a key location in the gold and ivory trade but then switched to slavery under Danish-Norwegian control and it became the capital of the Gold Coast of Denmark-Norway. At the time that this drawing was made in 1806 the fort was still under Danish control and would remain so until 1850 when it was purchased by the British. The image was purchased in 1980 with the help of the Society for Nautical Research’s MacPherson Fund at a time when the National Maritime Museum was looking to increase its holdings relating to the history of slavery.

The Society has published numerous articles that touch on the history of slavery including:

James Ramsay, 1733-1789: Naval Surgeon, Naval Chaplain and Morning Star of the Anti-Slavery Movement is biography of James Ramsay which describes his largely ignored but key role in promoting the anti-slavery movement. He was a prolific writer, a philanthropist and a political activist as well as a naval surgeon and chaplain.

The Health of Seamen in Anti-Slavery Squadrons explores how tedium interspersed with the dangers of working boats in high surf environments, attacks from slavers and local tribes, and the boarding of slave ships all lead to the highest incidence of illness and death in the Royal Navy. Disease was of particular concern, especially those considered tropical fevers such as malaria, dengue and yellow fever. 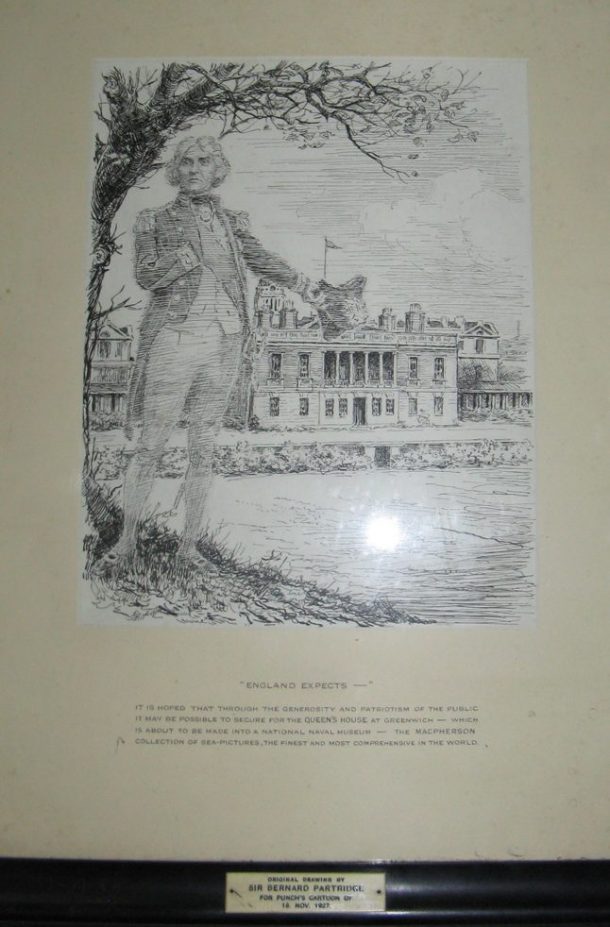