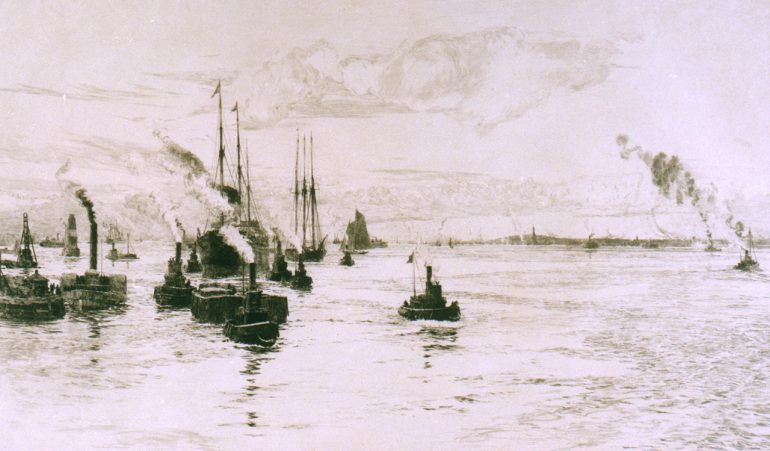 A print of New York by William Lionel Wyllie. We know that Wyllie visited New York on the maiden voyage of the White Star Line’s Majestic, which left Liverpool for New York on 2 April 1890. This was at a time of vigorous competition fo the ‘Blue Riband’ – The Majestic did not win it on her maiden voyage but she did succeed soon afterwards, when she made the west-bound crossing between 30 July and 5 August 1891 with an average speed of 20.1 knots.

The print shows a busy harbour scene with no fewer than twenty separate vessels; a mixture of sail and steam, propeller and paddle, and the ships go about their business at the New York and New Jersey shipyards. The Statue of Liberty is just visible in the distance on the right, suggesting that the image was created in or near the harbour at Staten Island, looking through the Upper Bay towards Manhatten.

This print is part of a large collection of 123 Wyllie prints, mainly etchings, bought from the daughter of William Lionel Wyllie in 1985, the funds provided fully by the Society for Nautical Research.

The Society has published a number of articles on topics linked to this image. An article from the Mariner’s Mirror in 1985 ‘A Collection of Trial Proof Etchings by W. L Wyllie, R.A.‘ explores the collection of Wyllie engravings, presented by the Society for Nautical Research to the National Maritime Museum, in detail. Trial proofs of 55 familiar subjects are accompanied by multiple impressions of 19 subjects, including a series of five showing the build up of one plate and a series of ten accompanied by his annotations. These provide rich opportunity to study Wyllie’s techniques of conventional acid bath etching and drypoint, augmented by burnishing, aquatint and mezzotint, and by hand-touching in graphite, wash or pen and ink.

In 1931 an obituary of Wyllie was published in the Mariner’s Mirror. 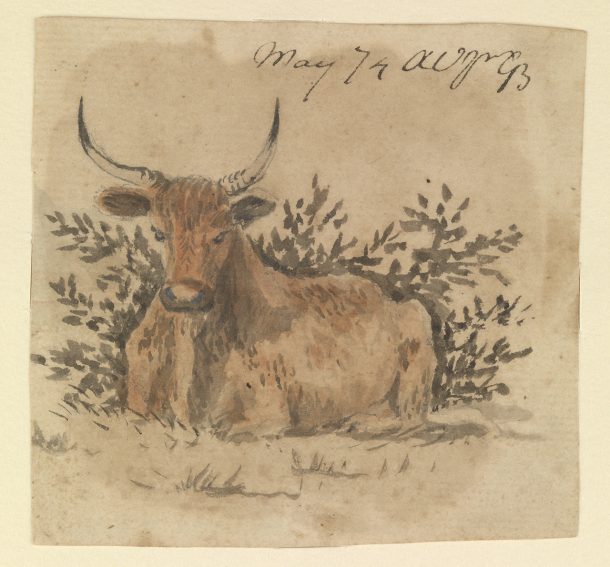 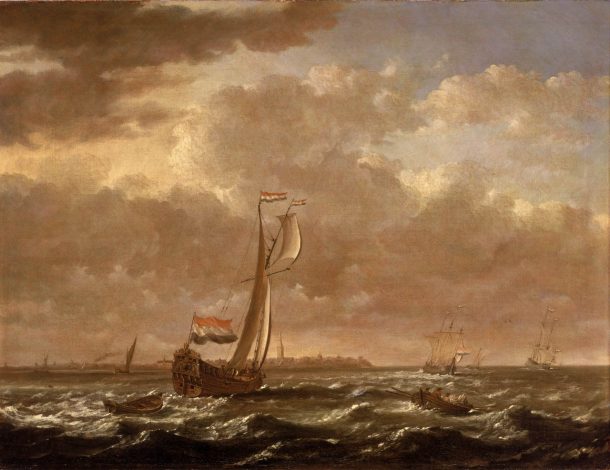