This is one of nine watercolours made during the second Opium War (1856-60) by Thomas Goldsworthy Dutton.

The war was a major victory for the British over the Qing Dynasty and led to the legalisation of opium trade as well as a permanent diplomatic presence in China for Britain, France and Russia.

The fighting was particularly testing in the war as the Chinese kept their forces out of reach in inland waterways and creeks, protected by shoal water, booms and fire rafts. With a draught of only three feet the Chinese junks were ideal for this type of warfare. As is illustrated in this watercolour, the Chinese ships were always well-positioned and any attack had to be made in open boats across an open stretch of water, with the junks waiting with 32-pounder cannon in their bows and ‘stink-pots’ at their mastheads which showered burning sulphur on boarders.

This image shows twenty landing craft crammed with troops heading ashore under the protection of a double-funnelled, iron-hulled steam warship. Such new technology and gunpower on view here is exactly what helped the British to defeat the Qing dynasty in the First Opium War (1839-42) and yet China did not adopt such western technology until after the Second Opium War, depicted here. It has been argued that the failure of the Chinese to rapidly adopt the new technologies they had come across was the result of a completely different technological tradition and that it took the Chinese two decades to finally appreciate that they had to import both Western technology AND its engineering tradition – including technical drawing and machine tools.

The Society has published a number of articles on the Opium Wars in the Mariner’s Mirror.

The National Maritime Museum has an almost complete collection of his published lithographs. His original artwork is far more rare and this collection was purchased for the museum with financial assistance from the Society for Nautical Research in 1987.

The collection, presented to the National Maritime Museum on 27 April 1987, the fiftieth anniversary of its opening, descended through the family of the Hon Albert Denison Somerville Denison (1835-1903), second son of the first Lord Londesborough, who served as second mate and subsequently acting lieutenant on the sloop Hornet  1856-9 and briefly as acting lieutenant on Sir Michael Seymour’s flagship HMS Calcutta. During this period Denison was involved in the fighting in the approaches to Canton in January 1857, when he was wounded, and in the attack on the Chinese war junks on 1 June 1857, both of which feature in this collection of watercolours.

This set of watercolours does not appear to relate to any lithographs by Dutton and so is likely to have been commissioned by Denison in the early 1860s, and were perhaps based on Denison’s sketches made on the spot.

All of these watercolours are in particularly beautiful condition, having never been framed or hung. 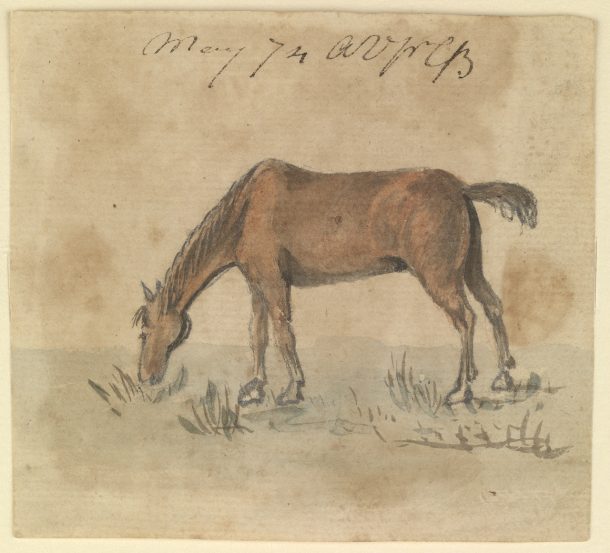 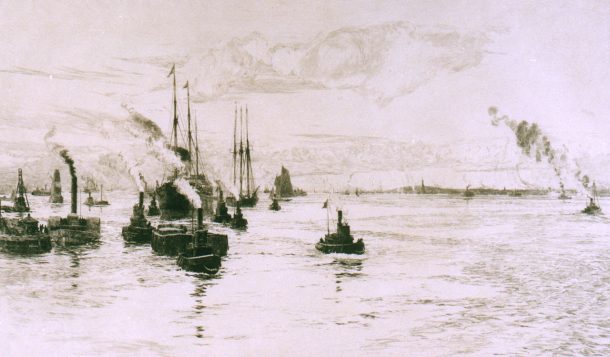 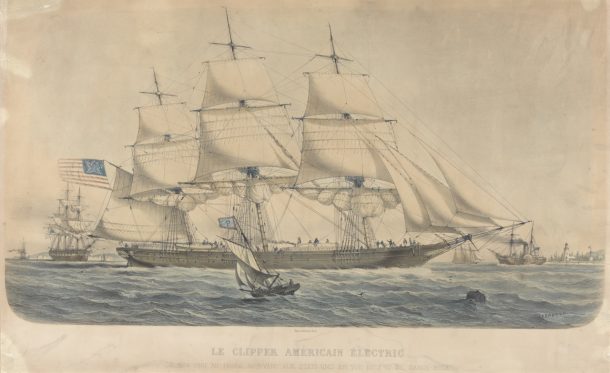