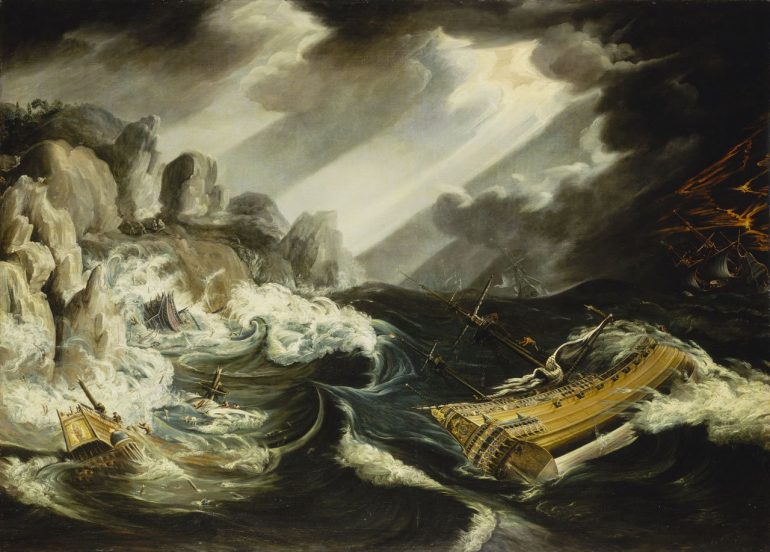 This painting is part of the extraordinary collection of early Netherlandish marine paintings collected by Captain Eric Palmer and purchased in 1963 with the assistance of the Society from his widow. It was purchased by Palmer prior to 1950.

The painting bursting with energy shows a large ship being beaten by waves at the foot of towering cliffs. Shown clearly on the ship’s is the coat of arms of the city of Amsterdam – three silver crosses flanked by two golden lions either side of the shield. To the left another ship, with an image of the Virgin Mary on her stern is already sinking and yet another beyond her, whose bows are just visible. In the distance are two more ships and to the right  in the darkness near the devilishly red lighting, a third.

A complete absence of documentary material means that we know nothing for certain about the identity of either the artists or the ship, through, the coat of arms has led historians to name the vessel ‘The Amsterdam’. For decades the painting was attributed to the Flemish artist Cornelis van Wieringen

who was known for the quality of his seascapes, though he has since been removed from contention on stylistic grounds. Nonetheless, the flamboyant colours and a curious hermit figure on the rocks to the left are both characteristically Flemish and scholars are confident in a date c.1630.

One possible explanation is that the painting is an allegorical rendition of a real historical event: the 1597 wreck of the explorer Cornelis de Houtman’s  vessel the Amsterdam, on its return from the East Indies.

The Society has published a number of articles on the historical context in which this painting is set, including ‘The Society Annual Lecture 1962: The Dutch East-Indiamen: their Sailors, their Navigators, and Life on Board, 1602–1795’ explores how, in the seventeenth and eighteenth centuries the Dutch led the world in trade with the East-Indies. The Dutch East-India Company (VOC) was divided into six chambers, Amsterdam, Middleburg, Rotterdam, Delft, Hoorn and Enkhuizen, with a central board, the Heeren XVII, or ‘Gentlemen Seventeen’. Its main trading vessels, retour-schepen or ‘return-ships’, were used for the long voyages between Texel and Batavia. Smaller vessels were used for country trade in the east. Until 1697 there was little uniformity in the type of vessels built, with the ensuing inefficiencies. From 1697 three rates of vessel were specified, although in practice there was still some variation. This article considers the names used for vessels, the ships’ complements and their rations, health, discipline and high mortality rates. It also considers the trading patterns and routes used, and the stagnation of navigational theory and practice by over-regulation.

The Downfall of Portugal in the East explores from 1926 explores the commercial and violent conflict in the 1620s-1660, in the Indian Ocean and what became the Dutch East Indies, identifying the European powers’ strengths and weaknesses. The Dutch and English balance, between numbers of ships and holdings ashore, was more successful than Portugal’s. Good relations in Europe did not necessarily inhibit violent action in the East. Keeping the initiative in a slow sustained campaign from 1630, involving long blockades, the Dutch captured Malacca, Ceylon and many smaller holdings—and in 1648 local tribes captured the fortress at Muscat. By 1645 Lisbon had been superseded by London and Amsterdam as the market for eastern wares. 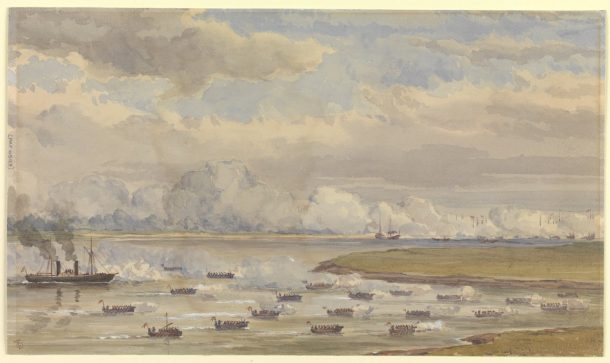 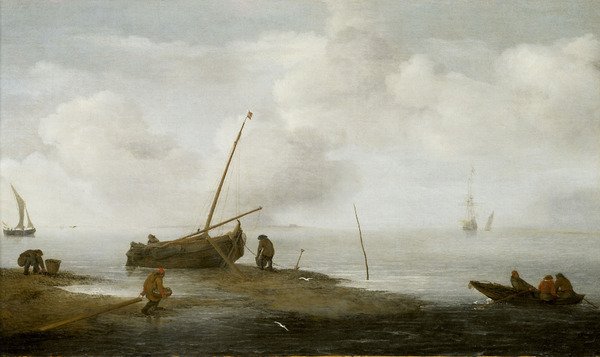 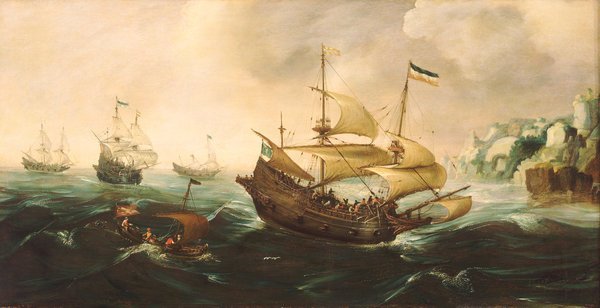 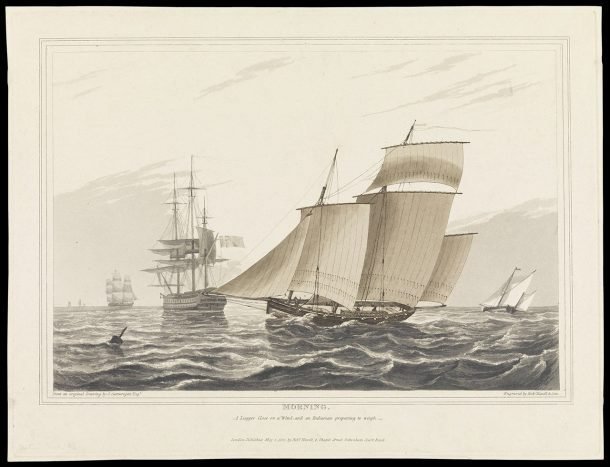