Working Boats from Around the British Coast 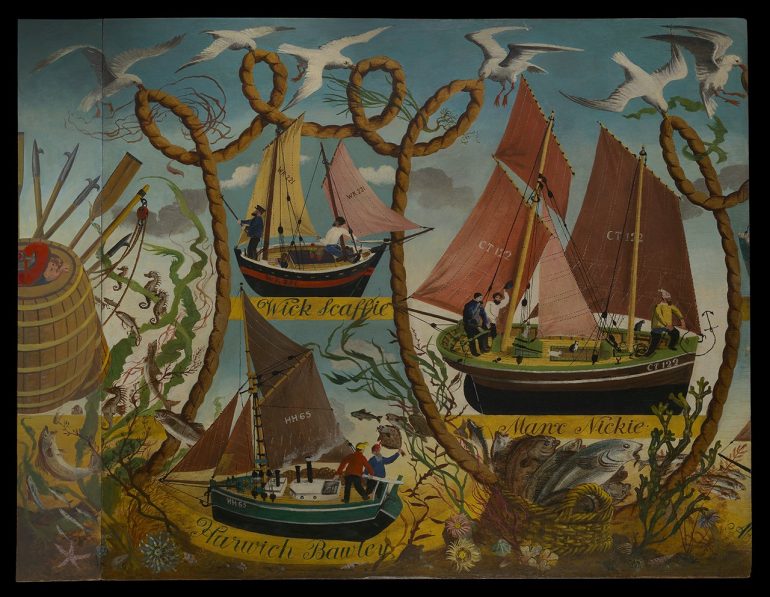 This unusual mural was created for the 1951 Festival of Britain, the brain child of the labour MP Herbert Morrison who wanted to create a nation-wide sense of well-being to counter the devastation of war, and to serve as proof of a nation recovered. There was a main exhibition in London together with thousands of local events and also a touring exhibition of maritime themes held aboard the aircraft carrier HMS Campania which served as the festival’s exhibition ship in ports all around the country.

The mural, made of five panels and which celebrates local fishing communities, was made by the artist Alan Sorrell (1904-1974). He had worked during the war as an artist, helping to camouflage aerodromes and make models of cities and ships to guide RAF pilots in bombing missions.

Sea-gulls hold aloft ropes which frame a variety of accurately-drawn coastal craft with crews of fishermen and animals, all conversing happily. A shark with a tag ‘Please return to the Indian Ocean’ drinks tea. Mermaids watch on. Such scenes were central to the idea behind the festival – they capture a celebrated sense of Britishness whilst at the same time promoting a key British industry.

The mural was acquired by the National Maritime Museum with the help of the Society for Nautical research in 2014.

The society has published a number of important articles on coastal craft including this article in 1941 by Basil Greenhill on the rise and fall of the British coastal schooner; this from 2006 on coastal shipping in Cumberland 1680-1740; and there was an interesting society lecture on surviving coastal craft in 1934. 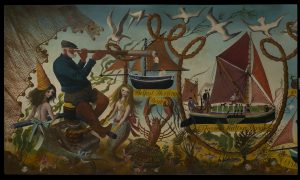 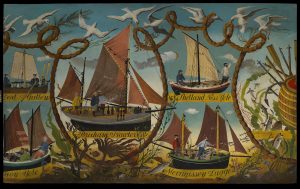 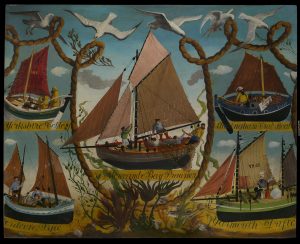 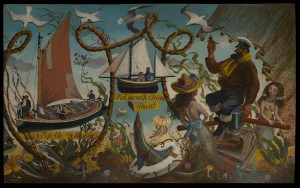