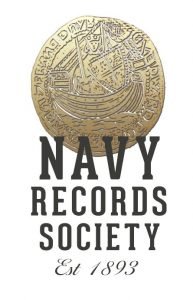 This year will see the Navy Records Society’s inaugural summer party where members will get together in a fabulous maritime setting to celebrate the society’s and our members’ achievements over the past year.

This year the party will be held on 3 July on board HQS Wellington a historic ship moored on the Embankment in London. The Wellington is the last surviving member of the Grimsby Class of sloops which served the nation with much distinction in World War Two. She has been moored on the Thames since 1948 during which time she has been the home of the Honourable Company of Master Mariners, a City of London Livery Company.

All members, especially new members, are invited to attend the AGM, at 5.00, which considers finance, governance, and related matters, and then at 6.00 the cash bar opens.

From 6.30 to 7:15 two leading naval scholars and members of the Society will give fifteen-minute talks on their works in progress, with five minutes each for questions. This is an opportunity for members to have an insider’s view into how naval historians of international standing prepare, organize, and conduct their research. The speakers will be Andrew Lambert, Laughton Professor of Naval History in the Department of War Studies at King’s College London, on ‘Laughton, Mahan and Rozhestvenski: shaping the NRS in the 1890s’, and Catherine Beck, Pearsall Fellow of the Institute of Historical Research, on ‘Madness, Mobility and Ships at Sea: Mental Disorder in the Royal Navy, 1740-1820’, research that ‘seeks to develop a new model of what constituted naval insanity in the long eighteenth century’.

These will be followed by three talks from members, especially new or unpublished members, who are conducting research.

These will be five minutes each with five minutes for discussion: an opportunity to raise awareness of your current publication and/or research projects with a sympathetic and knowledgeable audience and to make connections in the naval history and naval history publishing industry. The society invites interested members to send a short proposal to the secretary honsec@navyrecords.org.uk by Friday 21 June.

Note: these are informal talks, without audio-visual equipment.

– Andrew Lambert: ‘Laughton, Mahan and Rozhestvenski: shaping the NRS in the 1890s’

–  Presentations (by invitation) from Authors and Researchers