Beloved Enemy. United Kingdom and Spain in the Eighteenth Century: Call for Papers 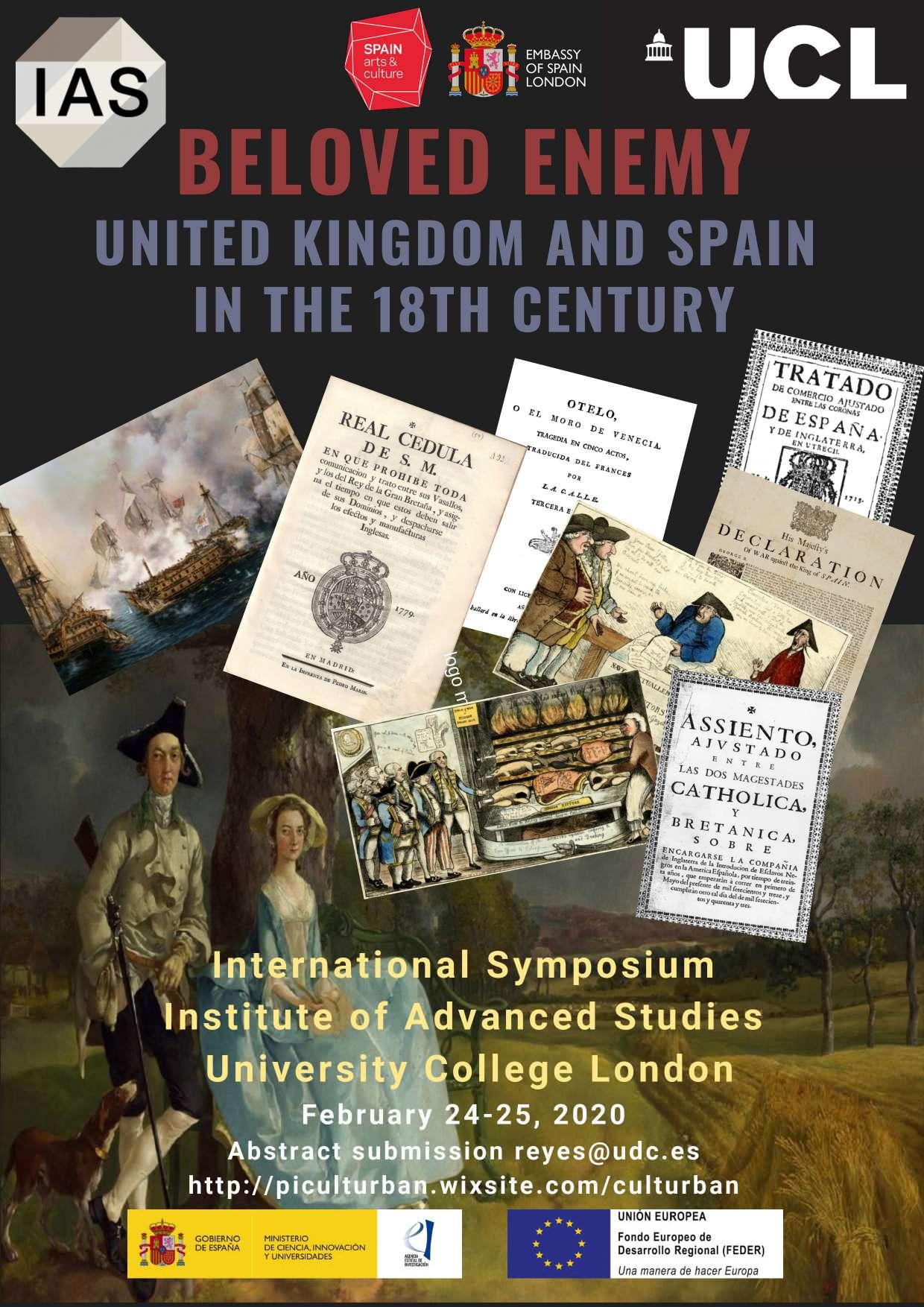 he eighteenth century, relations between Spain and the United Kingdom were both complex and tense. Its territorial losses in the Indies and on the Iberian Peninsula itself at the hands of the British Crown were a huge moral blow and further evidence of the new role that Spain had begun to play on the international stage, now subordinated to France. The country did not only have to keep a close eye on the actions of its ally, which were always in its own interests, but also on Great Britain’s expansionist policy whose waves were already being felt on its coasts. Eighteenth-century French Europe was incapable of concealing the intense but fickle relations between Spain and Great Britain, from the moment that the Bourbons ascended to the throne until the demise of the Ancien Régime, after which these two former enemies set aside their differences to become allies during the Peninsula War.

The intention here is not to analyse the complexity of foreign policy at the time, but to determine the intensity of the contacts between both countries and the influence that they exerted on one another. For the wars, which were always followed by peace accords and commercial treaties—leading in turn to the presence of merchants and consuls, technological espionage, the intellectual corpus of the Enlightenment, the translation of literature, admiration and suspicion, maritime couriers, etc.—show that, beyond the enmity, open confrontation and hostility, between the coasts of Spain and the United Kingdom there was always some degree of contact. This ebbed and flowed with the tides of war and peace, but persisted in that shared ocean, the best channel of communication at the time and also the best way of isolating and blockading the enemy.

The symposium’s organisers welcome proposals for papers covering all aspects of relations between Spain and the United Kingdom during the eighteenth century, including (but not limited to) the following:

– Propaganda: the image of the other
– Consular activities
– Living and working in hostile territory – Privateers
– Smuggling

Authors are kindly requested to send the title and abstract (200-300-word) of their proposals for papers, plus a brief CV (no more than one page), to reyes@udc.es or manuel-reyes.hurtado@ucl.ac.uk, before the deadline on 31 October 2019