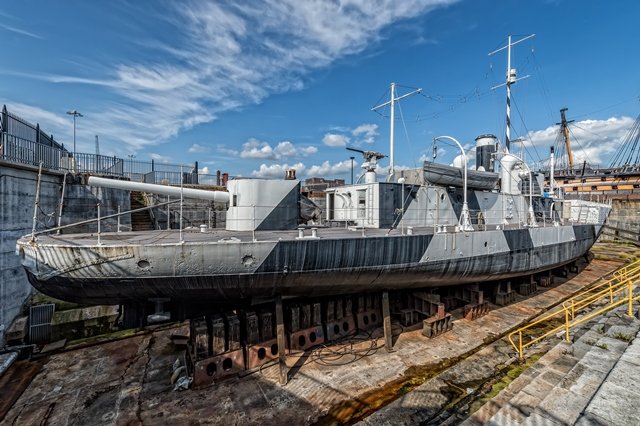 For the first time, opportunities are available for volunteers to work on board the only Gallipoli campaign survivor, HMS M.33 situated at Portsmouth Historic Dockyard.

Opening in August 2015, she’s the only First World War ship to be open to the public in time for her centenary. As the curatorial team at the National Museum of the Royal Navy prepare the ship to welcome visitors, they require an army of volunteers to get involved with every aspect of her launch, from conservation and education to interpretation and even tour guides.

Volunteers don’t need a background in history or any specialist knowledge of ships, but an interest in the Historic Dockyard will really help.  The museum is looking for people over 18 years of age with a whole variety of skills, experience and knowledge to join from January 2015 and will offer training workshops and a flexible range of shifts.

Alice Roberts, Volunteer Coordinator at the National Museum of the Royal Navy says “‘Volunteering with the M.33 project allows you to get hands on and be a part of history. She’s a rare and special ship and a reminder of the unheard stories of World War I. As well as learning new skills and meeting new people, the work is very rewarding. I began my career as a volunteer and believe it’s an essential way of protecting our valuable heritage as well as being interesting and enjoyable.” 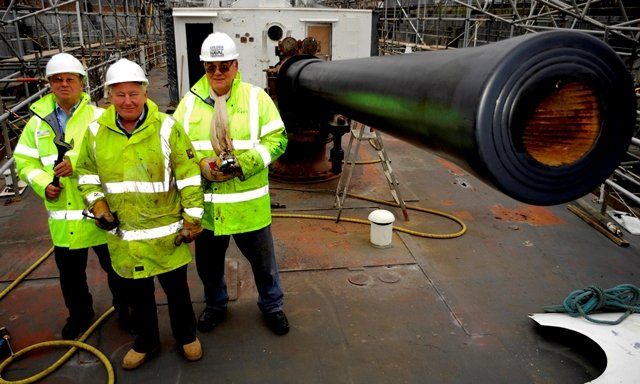 Positioned alongside HMS Victory in Portsmouth’s Historic Dockyard, HMS M.33 is a coastal bombardment ‘Monitor’ of 568 tons.  With her shallow draft she was able to get close into shore and fire at targets on land essential during the Gallipoli Campaign which was fought between April 1915 and January 2016 in what is now modern day Turkey.

She carried two powerful and oversize 6” guns but was a basic metal box lacking in comforts. The 72 officers and men who sailed for the Gallipoli Campaign were crammed inside and away from home for over 3 years. She will be the backdrop to one of three events being commemorated nationally to mark the centenary of the fierce campaign.

The HMS M.33 Project’ is part of the National Museum of the Royal Navy’s wider ‘Great War At Sea 1914 – 1918’ programme to mark the Royal Navy’s First World War. It will be also accompanied by the special exhibition, ‘Gallipoli: Myth and Memory’ opening in March 2015.

The National Museum of the Royal Navy expect volunteers to be involved across the whole HMS M.33 project, and welcome questions and expressions of interest.

Click Here for a BBC iWonder guide on the use of Dazzle Camouflage in the First World War and also see this short introduction by James May.

If you’d like to get involved or find out more about the opportunities available contact Volunteer Coordinator,
Alice Roberts alice.roberts@nmrn.org.uk or call 02392 727591
For further information see www.nmrn.org.uk/m33