Conference: Heraldry and Piracy in an Age of Chivalry, 4-5 June 2015

Heraldry and Piracy in an Age of Chivalry: The Jurisdiction of the Constable and Marshal(s) and of the Admiralty in Later Medieval England and France 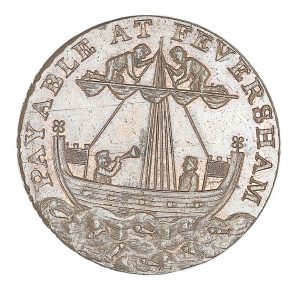 Under the presidency of the Constable and Marshal of England, the Court of Chivalry heard cases that arose out of acts of war, including disputes over rights in prisoners and their ransoms as well as about rights to particular coats of arms. It also took cognisance of appeals of treason, in which battle was offered by the appellant. As with the Admiralty, its jurisdiction took clearer form in the second quarter of the fourteenth century. The wars waged by the English in France led to the need for a tribunal that could deal with disputes that arose on land or sea, beyond the reach of the common law—resulting in tribunals that operated in accordance with the Continental civil law. The developing European cult of chivalry gave greater prominence to the Prince’s position as head of an apparatus that would resolve disputes between members of the noble and knightly ranks, and comparable jurisdictions accordingly also developed in France, under the Constable and Marshals of the kingdom and certain of its duchies as well as under the Admiral.

The conference has been organised by Prof. Anthony Musson (A.J.Musson@exeter.ac.uk ) and Dr Nigel Ramsay (n.ramsay@ucl.ac.uk), School of Law, University of Exeter.

To register, please e-mail n.ramsay@ucl.ac.uk or write to him at Dept of History, University College London, Gower Street, London W1G 6NB, in either case sending a cheque payable to Bracton Centre for Legal History Research, to cover both a registration fee, £65 for the two days (includes tea and reception on June 4th and coffee and lunch on June 5th), and also £40 if you would like to join the conference dinner. (Payment by credit/debit cards is not possible.)