The Dutch Raid on the Medway: Talk by Rebecca Rideal 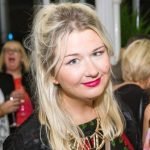 Historian Rebecca Rideal will be speaking at Chatham Historic Dockyard on the 1667 Dutch raid on the Medway, on 10th May 2017. Author of the book 1666: Plague, War and Hellfire, Rebecca specialises in the Stuart dynasty, the Restoration court, Anglo-Dutch Wars and seventeenth-century England, and is the founder and editor of the popular online history magazine The History Vault.

One of the worst defeats in the history of the Royal Navy, the Medway raid came as a result of a daring Dutch effort to take advantage of British unpreparedness following the failure of peace talks in Breda to end the Second Anglo-Dutch War. Between the 9th and the 14th of June 1667, the Dutch fleet under Lieutenant Admiral Michiel de Ruyter destroyed thirteen British ships, towing away two others including the fleet flagship H.M.S. Royal Charles, the stern piece of which remains on display in Amsterdam’s Rijksmuseum to this day.

The talk will be held in the Mess Deck at Chatham Historic Dockyard. Doors open at 1800 with the talk commencing at 1830

Tickets for this event are FREE and can be booked by emailing acurson@chdt.org.uk