The Annual EGR Taylor Lecture at the Royal Geographical Society

In 1959 a group of distinguished scholars established an annual lecture in honour of Professor Emeritus Eva G. R. Taylor, the first female professor of geography in the UK, on the occasion of her 80th birthday on 22 June 1959. The sponsoring organisations, amongst others, were the Royal Geographical Society (RGS), the Hakluyt Society (HS), the Society for Nautical Research (SNR), and the Royal Institute of Navigation (RIN). These four Societies have arranged over 40 lectures since then to be given by scholars of any nationality in the branches of knowledge to which she made great contributions

This lecture focuses on early-modern Anglo-Venetian relations and is based on a forthcoming Hakluyt Society volume of edited texts of accounts by English travellers at this period, including those by pilgrims, diplomats, merchants, scholars, spies, religious exiles, mariners and youths undertaking educational ‘grand tours’.

This lecture will also explore the liminal geographical, political and religious space occupied by Venice between Western and Ottoman cultures and how these travellers utilised Venice as both a destination in its own right and as a traditional stopping point on longer journeys to the Holy Land, Ottoman Empire and the Far East.

Specific attention will be paid to contemporary illustrations of daily life in Venice, such as those included in Giacomo Franco’s two volumes of engravings, Habiti d’huomeni e donne venetiane (1610) and La Citta di Venetia (1614). The cartographical and artistic importance of early maps of the city will be assessed, including large foldout maps in publications by Bernard Breydenbach (1486), Hartmann Schedel (1493) and Jacop de’ Barbari (1500). 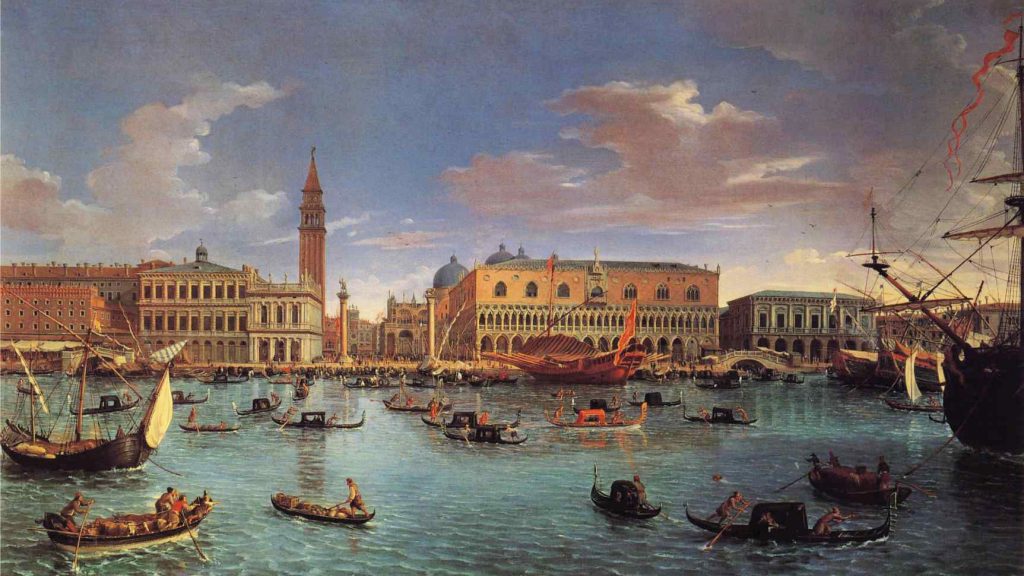