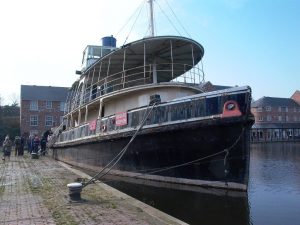 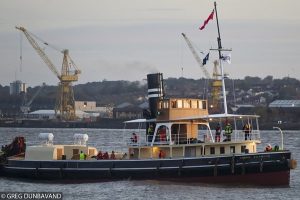 The historic steam tug Daniel Adamson, built in 1903, carried people and livestock between Ellesmere Port and Liverpool before being decommissioned in 1985. A campaign by the Daniel Adamson Preservation Society (DAPS) saved the Merseyside vessel from being scrapped in 2004 and now the £3.8 million Heritage Lottery funded project to restore her has been completed.

Following a fifteen month restoration to full working order at Cammell Laird‘s in Birkenhead the Daniel Adamson returned to Liverpool’s Albert Dock under her own steam and was unveiled there on 7th May 2016 at the “Steam on the Dock” steam rally. She will offer cruises and private hire, as well as being at Albert Dock as a museum attraction.