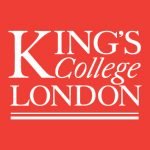 8 October 2015, Inadequate Convoy & ASW: own goals that would come back to haunt the IJN in the Pacific War

19 November 2015, Collaboration Between Two Maritime Nations? Britain and The Netherlands in the Nineteenth Century

3 December 2015, From Clyde to Korea: British Assistance in the Establishment of the World’s Largest Shipyard

Fellow of the Royal Institution of Naval Architects

26 May 2016, Maritime Employment During the First Globalization: the Mediterranean Perspective