Where Empires Collide: Dockyards and Naval Bases in and around the Indian Ocean

This one-day conference will examine the role and scope of naval bases and naval support facilities in and around the Indian Ocean.

Were bases built to defend colonies, control colonies, or to attack the enemy? Were they to suppress local forces, engage companies threatening the British East India Company or as adjuncts to European struggles? How useful were they to their founding countries in the 17th–20th centuries? How has their heritage developed?

It is a great privilege to welcome such a high calibre panel of experts from around the world. 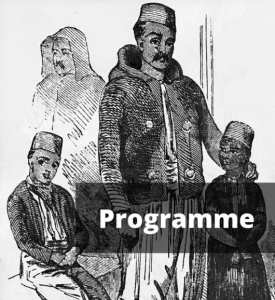 11.50–12.25: The Hooghly River and the limits of colonial power: European dockyards and naval bases in Bengal

2.05-2.40 : Trincomalee in the twentieth century: The use of floating docks in the Indian Ocean

2.50-3.25 In Support of Napoleon’s Great Adventure – the navy of Tipu Sultan. Its design, construction and purpose

3.25-4.00 The Anglo-Egyptian Naval Encounter: A new history of Egypt and Britain