In the field of shipwreck exploration no other in the world strikes the imagination like Shackleton’s ENDURANCE, and no other has been harder to find.  As Shackleton’s writings and Hurley’s photographs testify,ENDURANCE was lost in the heart of the Weddell Sea of Antarctica, 3,000 metres beneath the surface covered by a permanent wedge of sea-ice that waxes and wanes with the seasons but never leaves.  Shifting constantly due to current and wind, the ice pack can build from an average of 2 metres thickness to over 5 metres when rafted and still poses the same danger to ships and people as in Shackleton’s time.  If the wreck is ever found, however, its discovery will be primarily owed to two remarkable men of Shackleton’s crew and the handful of navigational clues they left like a trail of breadcrumbs. 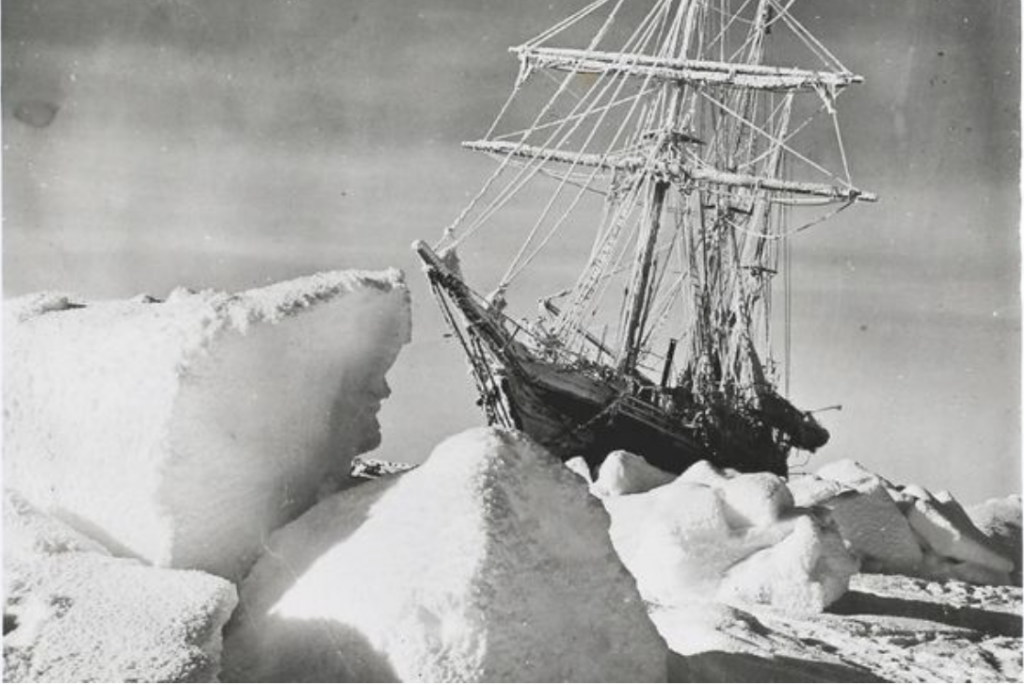 David Mearns is a chartered marine scientist, award-winning author and expedition leader. He is one of the world’s most successful deep-sea shipwreck hunters having located 26 major shipwrecks with an overall 90% success rate and has been awarded five Guinness World Records. David was judge of the Shell Ocean discovery XPRIZE and currently serves on the scientific advisory board of the Schmidt Ocean Institute.

David’s most important discoveries include Lucona – a cargo ship at the centre of a sensational European murder trial; HMS Hood – the famous British battlecruiser sunk in an apocalyptic battle with Bismarck; and the Australian light-cruiser HMAS Sydney. David was also key member of Paul Allen’s team that located the iconic Japanese battleship Musashi in the Sibuyan Sea, Philippines.

In 2010 David was awarded an honorary Medal of the Order of Australia (OAM) for locating the wrecks of HMAS Sydney and AHS Centaur. He has received numerous other awards including the UK’s Maritime Foundation Fellowship for an outstanding lifetime contribution and The Explorers Club Lowell Thomas Medal. David is the author of three books, including The Shipwreck Hunter, which won the prestigious Mountbatten Award for the Best Book of 2018.

More information about timings and how to register will be available soon.