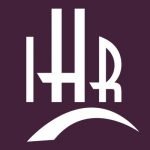 The Julian Corbett Prize is awarded annually by the Academic Trust Funds Committee, on the recommendation of the Institute of Historical Research, to reward original research in the field of modern naval history. It carries a monetary value of £1,000.

The Prize is open to all researchers in modern naval history, without regard to nationality or academic affiliation. For the purposes of this competition, ‘modern’ is taken to mean the period from the end of the fifth century AD to the present day. ‘Naval history’ is also to be understood in its broadest sense, encompassing not only the history of warfare at sea, but also the social history of naval personnel and their familial and professional networks, as well as matters pertaining to naval administration and technology. No prize will be awarded for work which has already been published, or has received a Julian Corbett Prize or any other prize.

Applications for the prize can be made here, while the guidelines are available here (PDF)

The deadline for applications is 9th November 2017