Rochester and the Irish Levy of October 1601 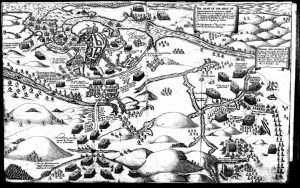 Rochester had not been previously used for shipping levies to Ireland, but in October 1601 the presence of the royal navy’s ships under Admiral Sir Richard Leveson at Chatham and Rochester enabled troops to be embarked without delay. Of the four major ports involved in the largest embarkation exercise of the war Rochester took the greatest share. The author reviews the activities undertaken to equip and embark the troops for dispatch to Ireland and the challenges in coordination and communications.