The Royal Naval Hospital at Minorca, 1711: an Example of an Admiral’s Involvement in the Expansion of Naval Medical Care 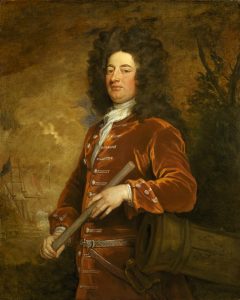 In the development of naval hospitals in the early eighteenth century, the initiative of commanders-in-chief was paramount. In Minorca in 1711, Admiral Sir John Jennings headed a campaign to build a permanent hospital in Minorca, a decision that led to clashes with the Admiralty and the Board of Sick and Wounded. His project lends insight into the relations between commanders and other Royal Navy institutional bodies, as well as shows an aspect of leadership often ignored in naval commanders: providing adequate medical care for their men. As leaders, naval officers were ahead of civilian actors in establishing hospitals.  The article covers the medical arrangement both in England and abroad prior to the formation of purpose built hospitals, and why Admirals felt the need to create hospitals, often from own funding. Admiral Jennings created a hospital with donations, which was a revolutionary idea, not only in navy, but also within society. Like many hospitals of the period, many were constructed without formal Admiralty consent from England, including the Royal Naval Hospital at Minorca.