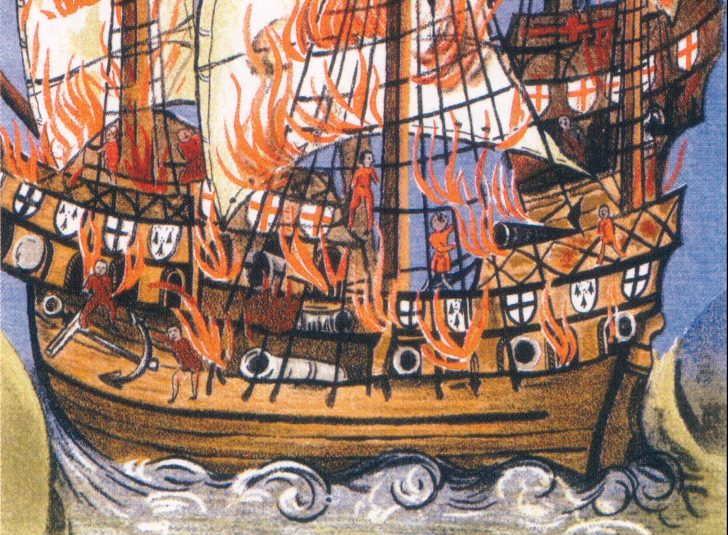 In this, the fifth episode of our Great Sea Fights series we explore the remarkable battle of St Mathieu, of 10 August 1512. In one of the earliest engagements of the Mary Rose a French squadron is surprised near Brest, and it ends with two major warships one French, and one English – and the largest in both fleets, on fire. It is also possibly the earliest naval battle fought with cannon, firing through gunports. This episode explores the events of the day and also its aftermath, following the narrative up to the summer of 1513 and the extraordinary story of the death of Edward Howard at the battle of Blancs Sablons.