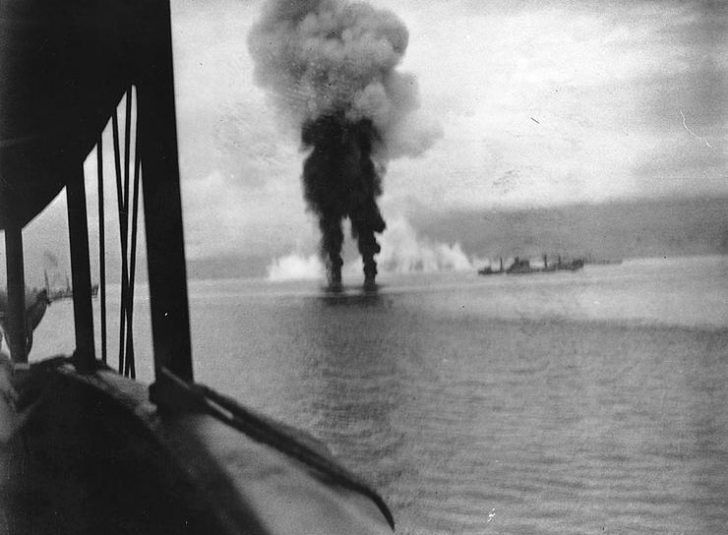 The naval battle of Guadalcanal was one of the most intense and dramatic naval battles of the war, and with with far-reaching strategic consequences. It is the winter of 1942, a year after the Japanese attack on Pearl Harbour which brought America into the war. Guadalcanal is the largest of the Solomons Islands, found to the north west of Australia.

In the months after the attack on Pearl Harbour the Japanese had been immensely successful; they had driven the Americans out of the Philippines, the British out of Malaya, the Dutch out of the East Indies. The Japanese had then began to expand westwards in an attempt to build a defensive ring around their conquests and threaten the lines of communication from the United States to Australia and new Zealand. They reached Guadalcanal in May 1942 and invaded.

Three months later, the Americans responded with an invasion fo their own, their first amphibious landing of the war and, crucially, captured the airfield newly constructed by the Japanese. The following six months was spent in a desperate battle trying to hold it against relentless waves of Japanese attacks. The battle reached a crisis point in November with a concerted effort from the Japanese to bombard the airfield from the sea and a corresponding American naval effort to drive the Japanese ships away. They were successful and by February of 1943 the Japanese had evacuated the island, an immensely challenging operation, brilliantly executed.