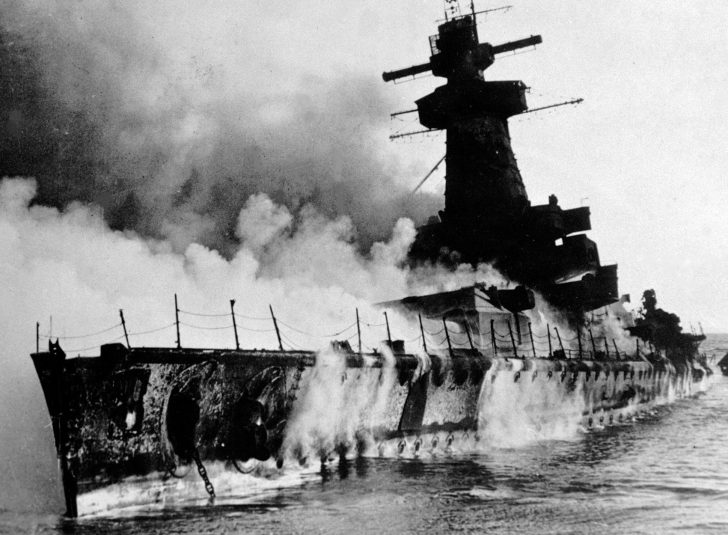 This episode, published on the anniversary of the Battle of the River Plate on 13 December 1939, launches our Great Sea Fights series. Dr Sam Willis begins with a brief overview of seapower at the start of the Second World War before introducing the battle. An account is then read, first gathered together by the Admiralty from the official dispatches of the Royal Naval squadron in the immediate aftermath of the battle. The Battle of the River Plate was one of the most iconic battles of the Second World War. The immensely powerful and fast German pocket battleship Graf Spee was hunted by a squadron of far smaller British cruisers and found off the River Plate in South America. She never returned home.

Listen to Part 2 – ‘The Dispatches Continued’