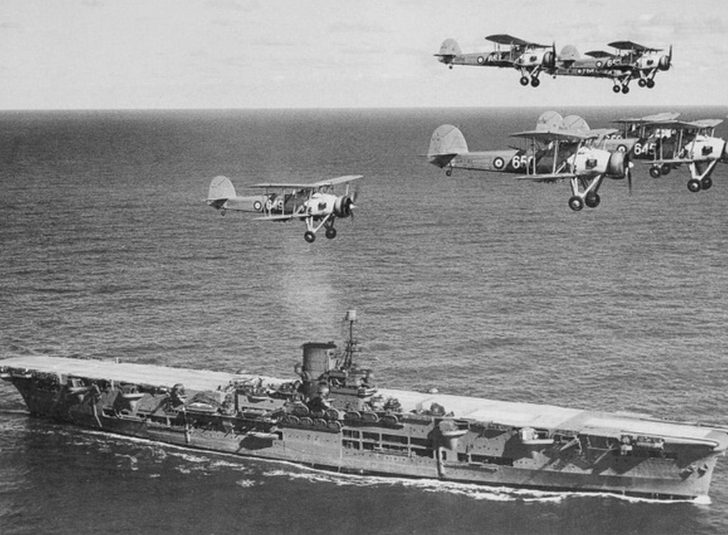 Today we are merging this month’s theme on airpower with one of our running series – on iconic ships – in which we ask the curator of an existing historic ship to make the case for their ship being iconic or we ask a historian to make the case for a long-lost ship being iconic. Today we are certainly in the ‘long-lost category’ as the vessel in question – the carrier HMS Ark Royal – was torpedoed and sunk off Gibraltar in 13 November 1941.

HMS Ark Royal, launched in 1937, represented a breakthrough in the design of aircraft carriers and she went on to serve in crucial theatres at the beginning of World War Two that redefined the nature of air power at sea, being involved in U-Boat hunting, convoy protection, the key naval campaigns in Norway, Italy and Malta and the hunt of the German battleship Bismarck.

To find out more about this extraordinary ship Dr Sam Willis spoke with Matthew Willis, a writer of naval and aviation history. Matt has written numerous titles on the British Fleet Air Arm in the Second World War and interwar period, as well as a biography of 1940s test pilot Duncan Menzies, and runs the website NavalAirHistory.com.