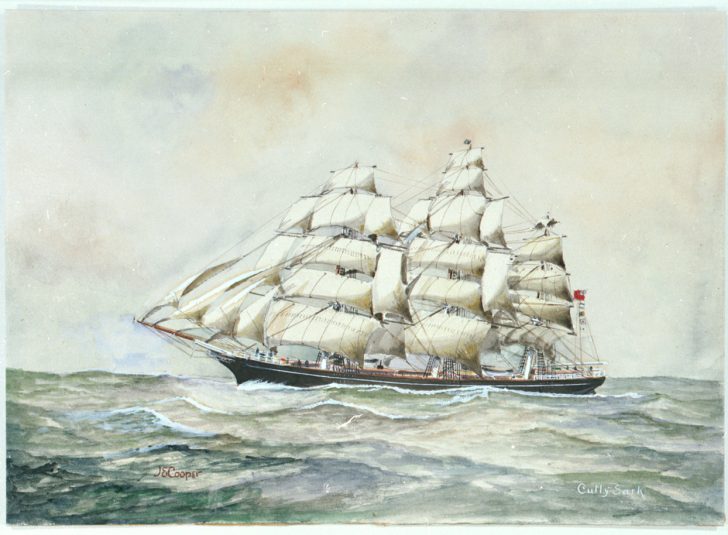 The fourth episode in our Iconic Ships series features three members of the curatorial team of the Cutty Sark arguing for the iconic status of their ship. At the time of her launch in 1869 the Cutty Sark was a state-of-the-art Tea Clipper designed to bring manufactured goods to China and return with Chinese tea as quickly as possible. She could carry well over 1,300,000 million lbs of tea. Soon the advent of steam and the opening of the Suez Canal changed her fate and she began to take a variety of goods all over the world. She was purchased for the Nation in 1922 and became the first historic vessel to be opened to the public since Drake’s Golden Hind in the sixteenth century. She was moved to a specially-constructed dry dock in Greenwich in 1954 where she can still be seen today, having escaped the ravages of a terrible fire in 2007. The team bring this history to life with the unique passion of those who work with her every day, preserving her for us…and the generations to come.