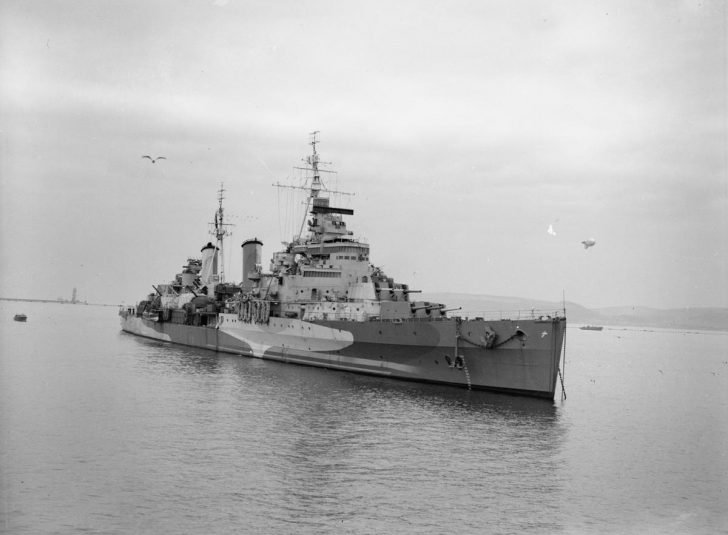 Today we have episode 5 of our Iconic Ships mini-series in which a curator of a historic ship makes a case for their ship being iconic, or a historian takes a ship from history but which sadly no longer survives and make a case for that ship being iconic. Today we have none other than HMS Belfast. Moored today just upstream of Tower Bridge, Belfast is a true icon of the London skyline and Thames riverscape.

A Royal Navy ‘Town Class’ Light Cruiser, Belfast was launched in 1938; she played a crucial role in blockading Germany at the start of the war, operating from Scapa Flow in Orkney; became part of a naval strike force base in Rosyth; took part in the Battle of the North Cape in 1943, in which the German battleship Scharnhorst was tracked down and sunk; took part in the operation against Germany’s last surviving capital ship, the Tirpitz; and she is is one of only three remaining vessels from the bombardment fleet which supported the Normandy landings on DDay in June 1944. The case for Belfast being ‘iconic’ is made by Robert Rumble, lead curator of HMS Belfast at London’s Imperial War Museum.