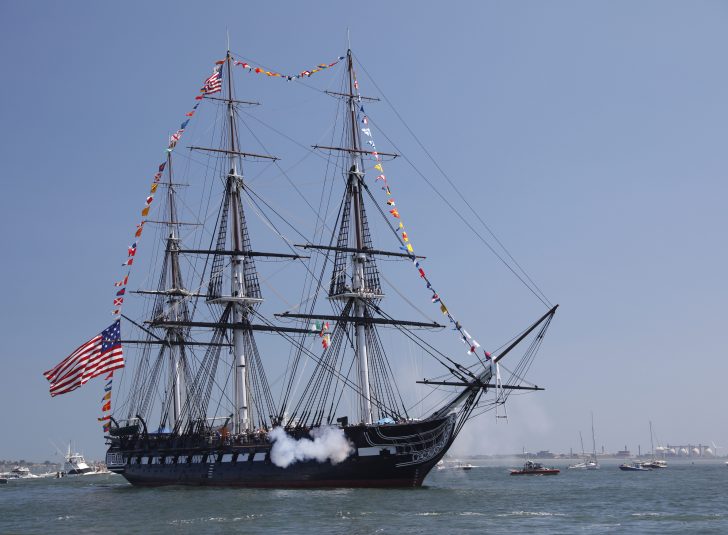 Today we have episode 6 of our Iconic Ships mini-series in which a curator of a historic ship makes a case for their ship being iconic, or a historian takes a ship from history but which sadly no longer survives and make a case for that ship being iconic. Today we have the magnificent – and surviving – warship from the great age of sail, USS Constitution, otherwise known as ‘Old Ironsides’. A wooden-hulled masted frigate, launched in 1797, she is a truly magnificent survivor from a lost age, and from all of her very many reasons for being considered iconic, perhaps the most historically significant is that she is the oldest ship of any type still afloat. Most famous perhaps for her actions in the war of 1812 against the British – she is still afloat and you can still see her at the excellent Charlestown Navy Yard in Boston. 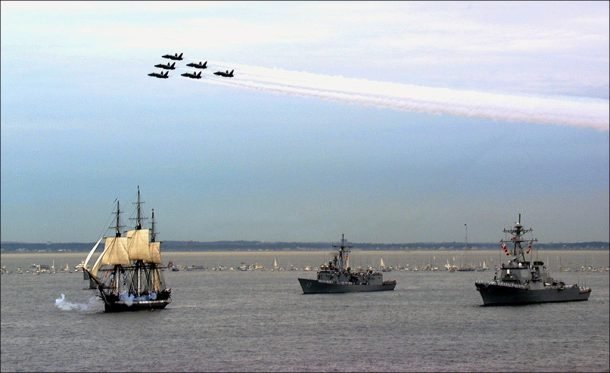 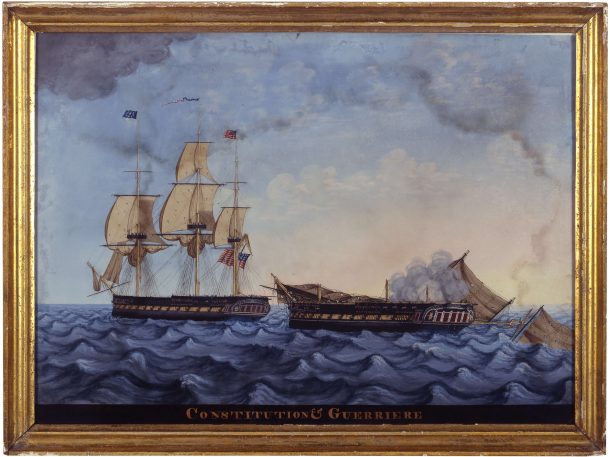 1. Third in a series of four oil paintings of the battle between USS Constitution and HMS Guerriere, by George Ropes, Jr., 1813. [USS Constitution Museum Collection. Photo by David Bohl.] 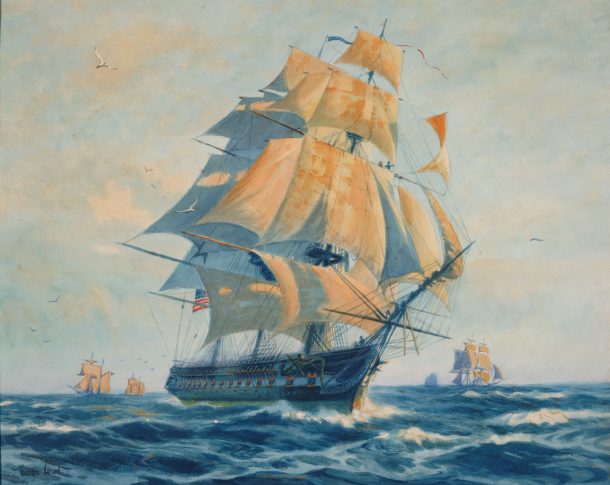