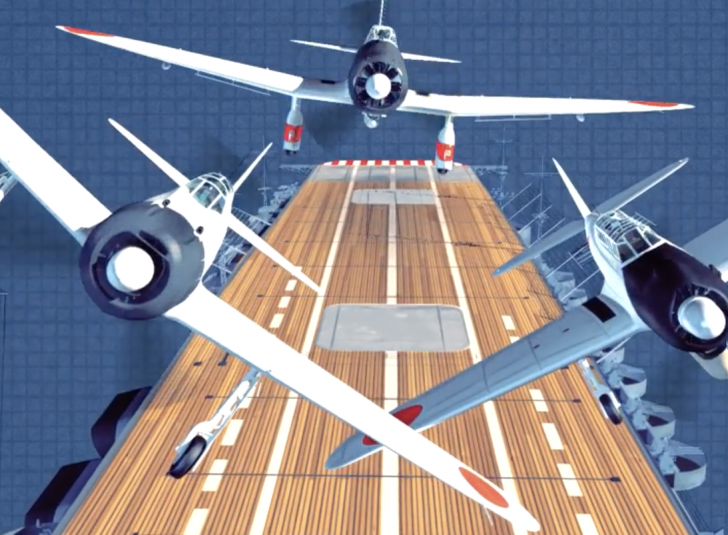 We explore the extraordinary story of the Japanese attack on Pearl Harbor, on 7 December 1941.

To find out more Dr Sam Willis speaks with Mark Stille, a retired commander in the US Navy, who studied at the Naval War College and has recently finished a 40-year career working in the intelligence community, with tours on the faculty at the Naval War College, the Joint Staff and US naval ships; he is also the author of numerous works focussing on naval history including The United States Navy in World War II: From Pearl Harbor to Okinawa.

This episode is designed to sit alongside the most fabulous 3D animation exploring the Shokaku – one of the Japanese carriers involved in the attack. The full video can be seen on the Mariner’s Mirror podcasts’s Youtube and Facebook pages with shorter clips on Twitter and Instagram.

Pearl Harbor was a surprise attack, launched by the Japanese against the American naval base in Hawaii, before the formal declaration of war between the two nations. The Japanese goal was nothing less than to destroy the American pacific fleet. From six aircraft carriers, The Japanese launched hundreds of aircraft in two waves. Less than two hours later the Japanese had crippled or destroyed nearly 20 American ships and more than 300 airplanes. Dry docks and airfields were also destroyed. 2,403 sailors, soldiers and civilians were killed.

Importantly, however, the Japanese actually failed in their goal to cripple the Pacific Fleet. By the 1940s, battleships were no longer the most important vessel in the navy as they had been in the previous war: Aircraft carriers and seaborne airpower had now changed that nature of seapower and all of the American Pacific Fleet’s carriers were away from the base on December 7 and escaped destruction.

Moreover, for the the first time in years of discussion and debate about America entering the war, popular opinion now dramatically swung towards joining the fight. The following day America declared war on Japan, and three days later, on Germany.