Robinson Crusoe / Alexander Selkirk: The Men Who Were Marooned 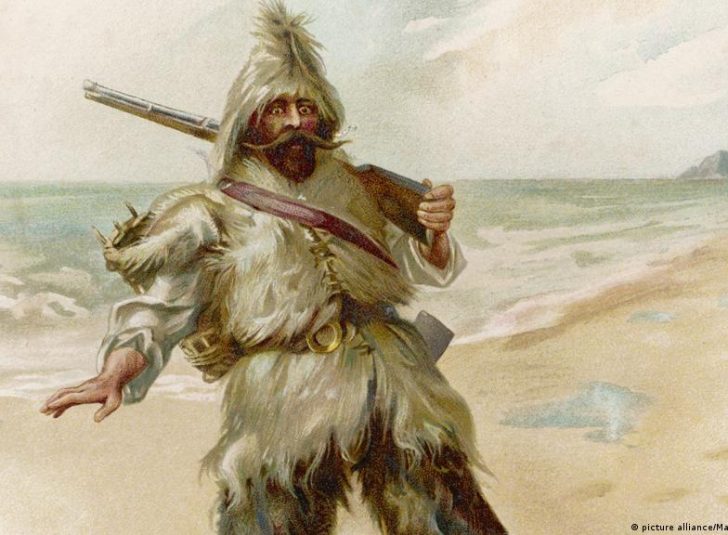 We explore the astonishing intertwined tales of both Robinson Crusoe and Alexander Selkirk, two men marooned on a desert island, one in fiction, one in real life.

Robinson Crusoe was a novel published in 1719 by Daniel Defoe – that supposedly came from the pen of Crusoe himself – and told the story of how he was marooned and spent 28 years on a deserted island in the Caribbean. The book was enormously successful and is widely considered to be the beginning of realistic fiction as a genre – Crusoe’s tale was entirely plausible at a time when ships were regularly sailing from the northern hemisphere to the tropics; when ships were regularly getting wrecked; when pirates were regularly attacking them; when there was still so much to discover about the world’s geography; when the idea of a sailor finding himself accidentally or deliberately abandoned on a desert island made perfect sense.

Crusoe’s story was based on a true story – the story of one Alexander Selkirk, a Scottish mariner who found himself castaway on a remote Pacific island for four years and four months a decade before Defoe wrote Robinson Crusoe. Selkirk is a fascinating character – and his history is absorbing, regardless of the fact that he found himself marooned. He was involved in buccaneering and privateering, he rounded the horn and sailed in the pacific where he attacked Spanish ships and towns – and it was here, on an island known as Mas al Tierra, 400 miles off the coast of Chile, that Selkirk chose to be marooned.

To find out more about these two brilliant stories, the way that Defoe intertwined them, and the way that we now believe they are intertwined, Dr Sam Willis spoke with Professor Andrew Lambert, Laughton Professor of Naval History in the Department of War Studies at King’s College. In 2010 Lambert joined a German expedition to Mas al Tierra – now known as Robinson Crusoe Island, The expedition focused on the relationship between the fictional character of Crusoe, the real character of Selkirk, and the development of British global strategy that culminated in the arrival of Commodore George Anson’s naval expedition in 1741.