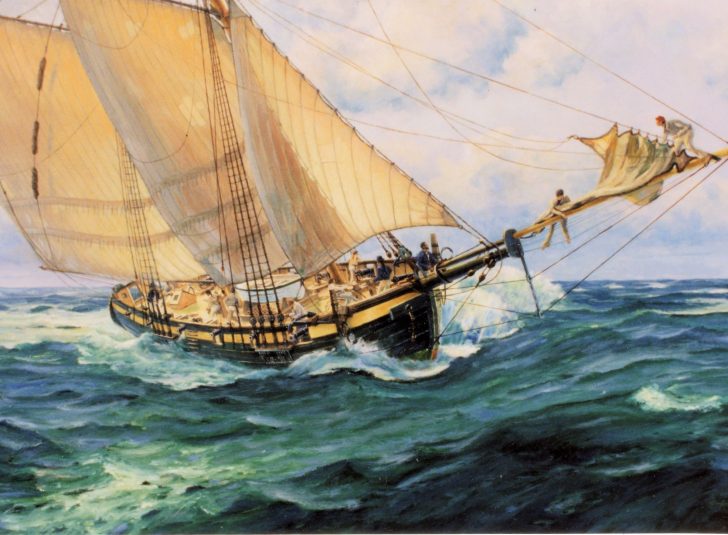 In this, a joining-together of our Great Sea Fights and Iconic Ships series we feature HMS Pickle, the small topsail schooner that was chosen to sail as swiftly as possible back to England with news of the British success at the battle of Trafalgar, and also with the tragic news of the death of the British fleet’s commander, Horatio Nelson. The story of how the battle dispatches made it all the way to London from Cape Trafalgar off the coast of Spain is quite remarkable, and is told brilliantly by Kathy Brown, Director of the Trafalgar Way – the overland route taken by the pickle’s commander, Richard Lapenotiere.