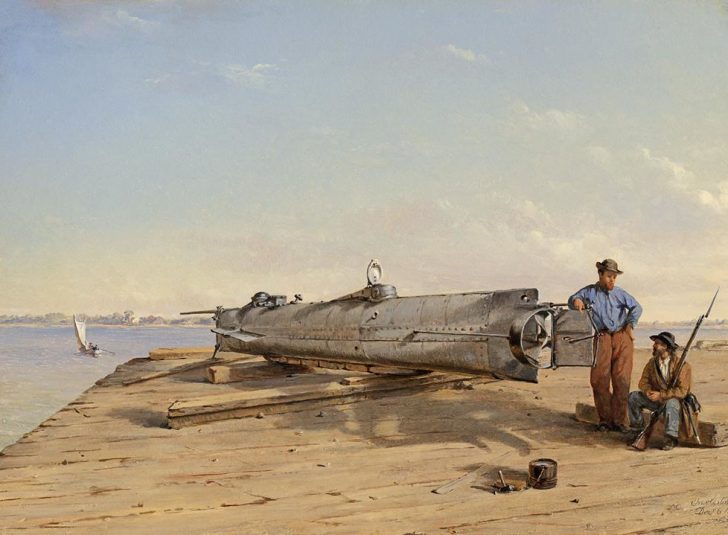 Our maritime disasters series continues with the anniversary of the first successful underwater trials in 1863 of the Confederate submarine H. L. Hunley.

Shortly after the Hunley’s first trials in late July 1863 she sank during another test run, killing five of her eight crew. She was raised but then sank again in October killing all eight of her crew including Horace Hunley, the vessel’s designer, before sinking for the last time in 1864, again killing all of her crew.

The story of the Hunley is remarkable – it’s one of those stories that you can return to time and again. The early submarine pioneers were exploring an environment as dangerous as the early space pioneers and did so willingly.

Why did these people willingly get inside an iron tube that was built to operate underwater at a time when the science of operating vessels underwater was not properly understood? Why did they continue to do so when the vessel repeatedly demonstrated it was dangerous?

To find out more Dr Sam Willis spoke with Michael Scafuri, senior archaeologist at the Warren Lasch Conservation Center in North Charleston South Carolina, today the home of the Hunley, as she was raised from the depths in 2000 with all of her secrets perfectly preserved.