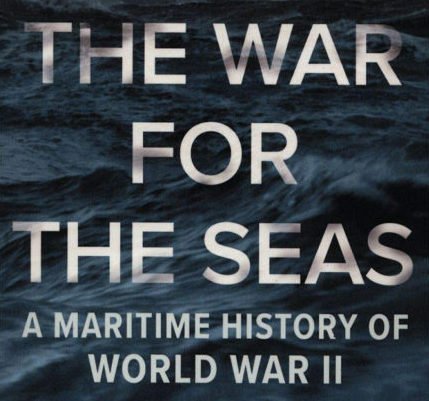 This week we are exploring the maritime history of the Second World War with Professor Evan Mawdsley. For many years Evan was Professor of International History at the University of Glasgow. His recent book ‘The War for the Sea: The Maritime History of World War 2’ has recently won the prestigious Anderson Medal, awarded each year by the Society for Nautical Research for an outstanding book on maritime history. Evan traces events at sea from the first U-boat operations in 1939 to the surrender of Japan. He argues that the Allied counterattack involved not just decisive sea battles, but a long struggle to control shipping arteries and move armies across the sea. Covering all the major actions in the Atlantic and Pacific oceans, as well as those in the narrow seas, this book interweaves for the first time the endeavours of the maritime forces of the British Empire, the United States, Germany, and Japan, as well as those of France, Italy, and Russia. In this episode Dr Sam Willis spoke with Evan to find out more about his exciting work which challenges our existing understanding of the war.