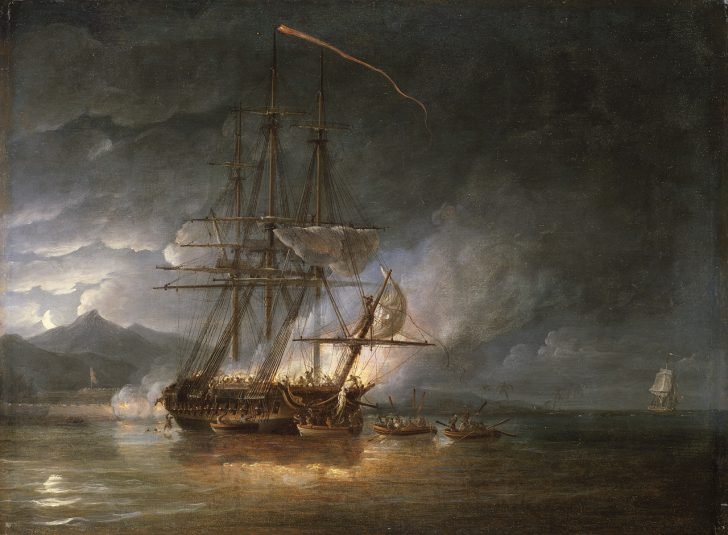 Dr Sam Willis discusses the infamous Hermione mutiny of 1797 with the naval historian Angus Konstam. In 1797 the British frigate HMS Hermione was serving on the Jamaica Station during the French Revolutionary war. Under the sadistic and mercurial Captain Hugh Pigot the ship became a floating hell as he flogged his men and ruled his ship through terror. When the men finally mutinied it became the bloodiest in the history of the Royal Navy. Pigot and his officers were hacked to death. The mutineers then took the ship to the Spanish Main – and handed the ship over to the Spanish. The ship was then recaptured in 1799 in one of the most daring and brilliantly executed operations of the Age of Sail and the Admiralty launched a relentless and worldwide manhunt for the mutineers that lasted a decade. Konstam’s book Mutiny on the Spanish Main: HMS Hermione and the Royal Navy’s Revenge is published by Osprey Books.