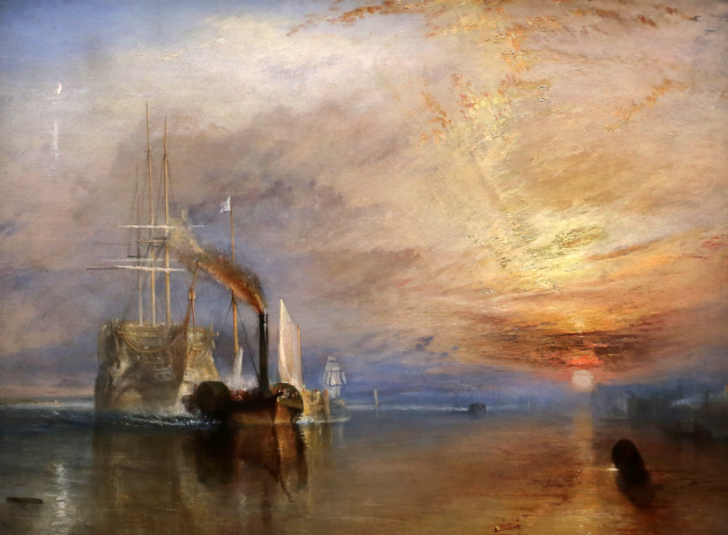 Dr Sam Willis heads to the new JMW Turner exhibition at the Tate Britain: ‘Turner’s Modern World’. Turner is one of the best known of all British artists and one of history’s greatest maritime artists. His painting The Fighting Temeraire is a national treasure and now appears on the new £20 note. Sam meets the curator of the Turner bequest, David Blayney Brown, and focuses on three of Turner’s paintings: ‘A Maritime Disaster’ a magnificent depiction of the wreck of the Amphitrite, a convict ship carrying female convicts to Australia that ran aground in France in 1833; ‘Snowstorm: Steam-boat off a harbour’s mouth’ one of Turner’s most famous paintings of a catastrophic storm in the North Sea in 1842; and ‘The Fighting Temeraire’. – the dreamlike canvas showing HMS Temeraire, veteran of the Battle of Trafalgar, being towed up the Thames in the setting sun to the breaker’s yard.