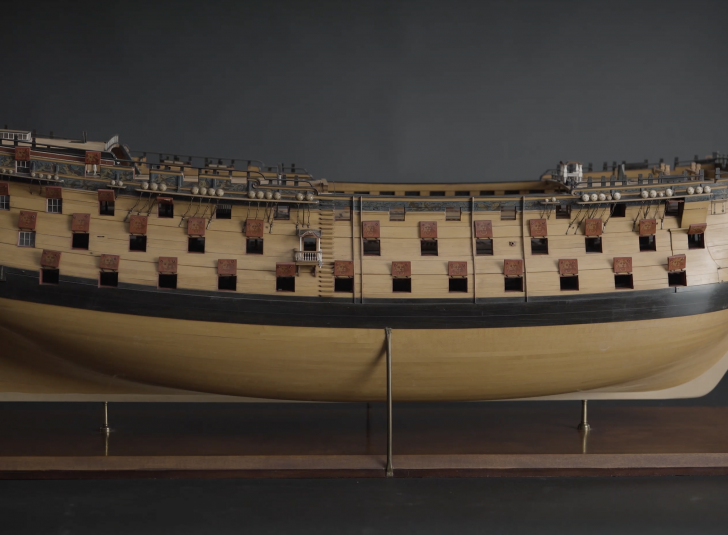 The first of a new mini-series on ship models. Dr Sam Willis explores the extraordinary model of HMS Royal George held in the collections of the National Maritime Museum in London. The Royal George is widely considered to be one of the finest eighteenth-century ship models ever made. It was made for the King in the 1770s, as a means of encouraging George III to take an interest in the Royal Navy and some of the finest artists in the kingdom worked on it, resulting in a model that not only showcased the power of a First Rate ship of the line, but also the artistic ingenuity and skill in the kingdom. The ship modelled is the First Rate Royal George, launched in 1756, at the time the largest ship in the world, that would have had a crew in excess of 800 and was armed with 100 guns. The Royal George played a significant role in the Seven Years War (1756-63) and the war of American Independence (1775-1783) but sank at her mooring near Portsmouth in August 1782 in one of history’s worst maritime disasters. More than 900 souls died, including 300 women and 60 children visiting the crew.