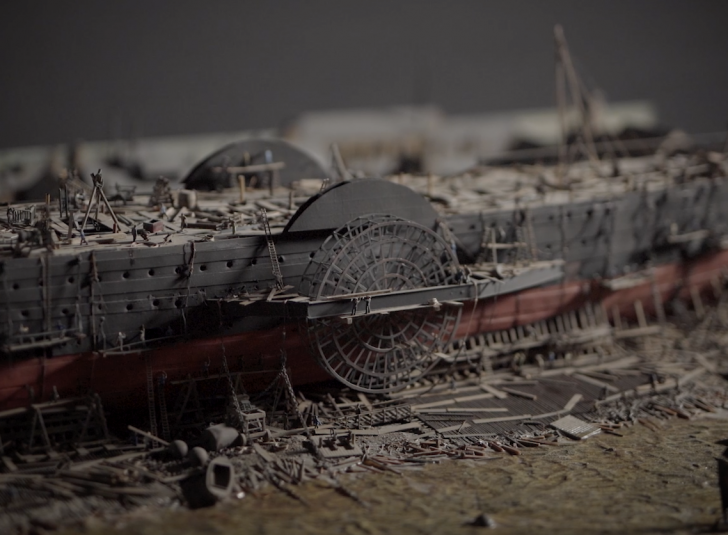 The second of a new mini-series on ship models. Dr Sam Willis explores the extraordinary model of the SS Great Eastern held in the collections of the National Maritime Museum in London.

The Great Eastern, designed by Isambard Kingdom Brunel, was one of the most remarkable ships ever built.

She was the largest ship ever built – by an enormous margin.

Her registered tonnage was six times more than any ship ever built and in an age of the most extraordinarily rapid technological development her size was not actually surpassed until the launching of the Oceanic of 701 feet (214m) in 1899 and in tonnage by the Celtic of 21,035 tons gross in 1901.

She was the largest passenger ship ever built and could carry 4,000 passengers – seven times more than ever before. A figure not surpassed until 1913 by the German ship SS Imperator.

She was the first ships to carry three different methods of propulsion – screw, paddle and sail.

She was a pioneer in the laying of subsea telegraphic cables – laying the first successful Trans-Atlantic cable to USA.

For the video check out the Mariner’s Mirror YOUTUBE channel!